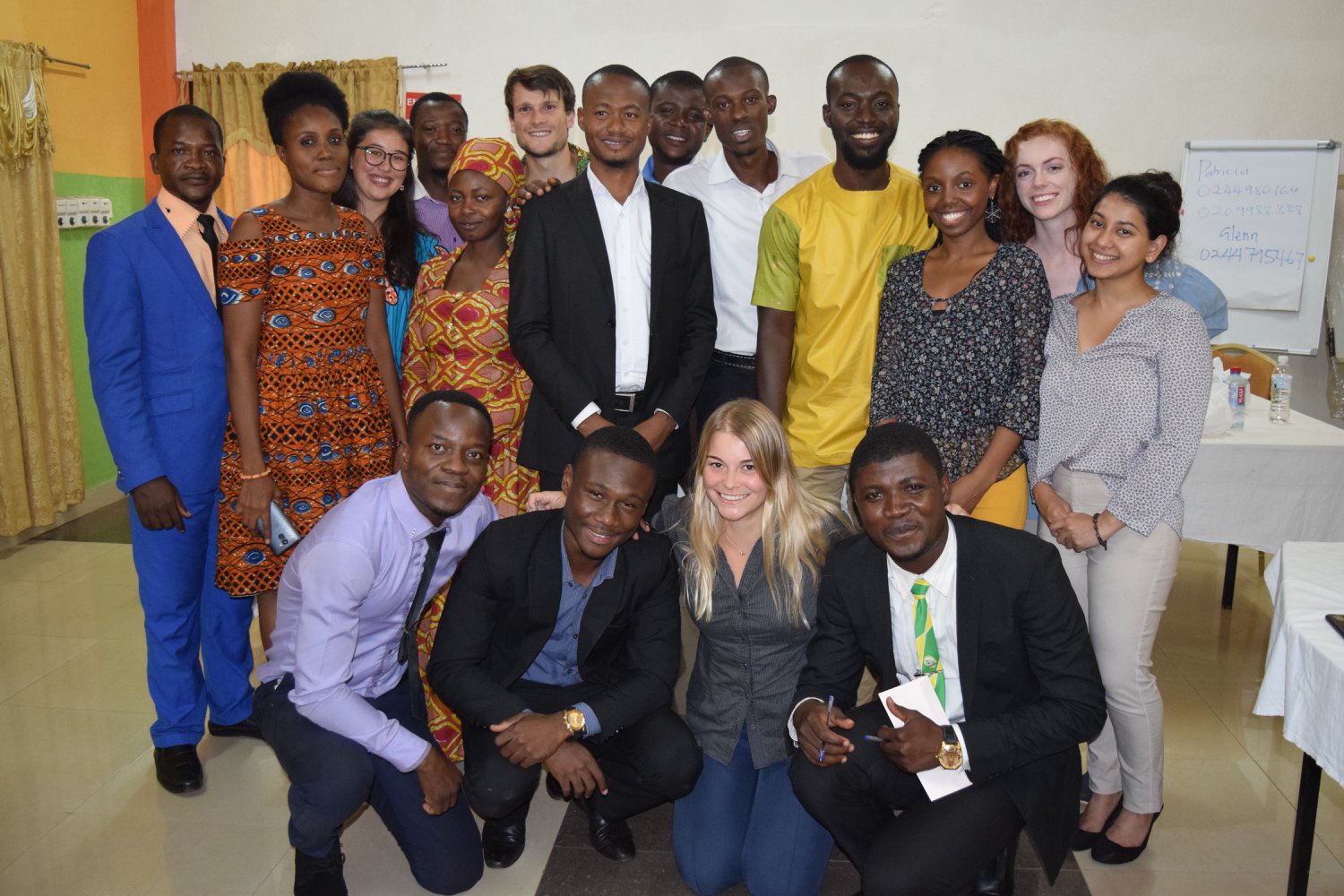 The idea of fundraising as a volunteer for EQWIP HUBs can seem like a hurdle, but it’s a hurdle worth overcoming. When I began fundraising last winter, I felt uncomfortable about the prospect of asking friends and family for a financial contribution. What propelled me forward was knowing that the money wasn’t for me directly, but for the youth I was going abroad to support. My donors and I logically understood what the Youth Innovation Fund (YIF) was for (seed capital for our budding entrepreneurs), but we didn’t understand what it meant.

Fortunately in my first few weeks at EQWIP HUBs Tamale, Ghana, we had the opportunity to sit in on a YIF ceremony and I finally saw what it meant. The ceremony followed a morning of presentations given by the entrepreneurs who recently graduated from the EQWIP HUBs entrepreneurship program – some who had only gone as far as their business plan and others who had launched a few years prior. Regardless, each had been through our 144 hours of training to come to this point, where they were all presenting for a portion of the YIF. For this particular round, each recipient would receive at the very least $500 CAD and at the very most $2000 CAD. To give perspective on how far our money goes there, it costed me about 50 cents CAD to get to EQWIP HUBs every morning by a 20-minute taxi ride.

Even though I logically knew the YIF was for a good cause, I was not prepared for the wave of raw emotion and gratitude that came from these entrepreneurs. From sitting in a room with the recipients of the money I had helped raise just a few months prior, I had no doubt that our donations would profoundly change their lives.

One entrepreneur who had just found out he was a YIF recipient, bravely stood to speak to the room. Although he tried to keep it together, he was overcome with emotion. He shared that for the first time in his life he was given the opportunity to make an impact in his community, something he’d always strived to do. He couldn’t believe that he had just been given something yet was asked for nothing in return. The only thing EQWIP HUBs asked for in return, was to use the YIF money to create employment opportunities for others. He emphasized to his peers that it’s not about how much you’re given, it’s that you’re given something period. Appreciation may not be a tangible thing, but I could see it fill the room.

I hope I can speak for my fellow volunteers that were there with me when I say we were all overcome with emotion. For the first time since I had arrived in Ghana, I cried not by myself but with a room full of strangers (whom would soon become friends), and I felt connected with each person as we all shed shared tears.

Our donors may not have the chance to experience what the YIF means to the recipients, but as a volunteer you will have the chance to meet the budding entrepreneurs that your fundraising efforts are supporting. My story was a thank you to my donors, and yours can be too.

EQWIP HUBs powered by Canada World Youth and Youth Challenge International and is funded, in part, by the Government of Canada through Global Affairs Canada.